A Heritage of Thanksgiving – Repost 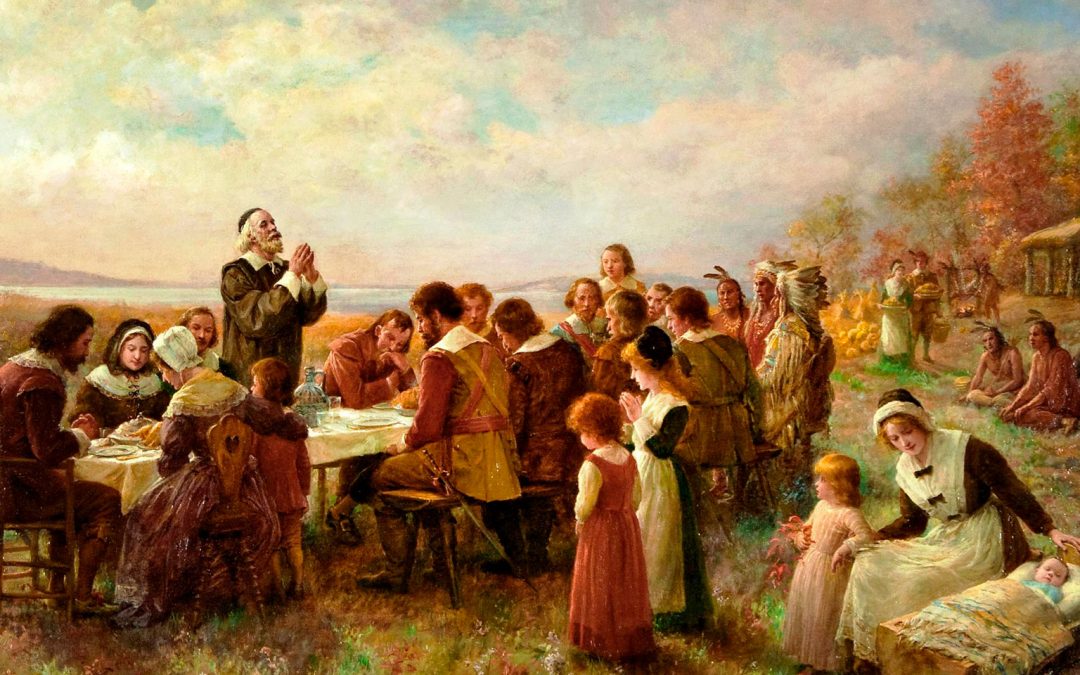 The following is a repost from 2018 on the connection between the Reformation and our Thanksgiving holiday. May it remind us of the grace of God and center our thoughts on the good news of the gospel of Christ as we celebrate on this week.

All people owe gratitude to God. Life is His gift. And every good provision in and for life is from Him, who alone deserves our highest thanksgiving. How much more so for the gift of eternal life? This touches the heart and historical roots of our Thanksgiving holiday.

All people owe gratitude to God, but no one understands this better than those whose sins are forgiven, possessing the living hope of eternal life in and through Christ Jesus our Lord. America’s Thanksgiving Day is a living legacy to the grace of God, especially in the gospel (“good news”) of Christ. There is no greater cause for Thanksgiving Day than the gospel.

The light of history is ever subject to the shades and coverings of present popular interest. People believe what they want to believe about the past—notoriously without authority. In as much as we are able without prejudice and the coverings of present popular interest, let us consider the plain evidence of the well documented light of Thanksgiving history.

Thanksgiving, a Product of the Reformation

To trace the steps from the Reformation to the first Thanksgiving Day in America, we will look to William Bradford, the second elected governor of the Pilgrim colony, as our guide. Bradford was born in March 1590 in Austerfield, Yorkshire, England. He was born into a Puritan home, becoming acquainted with the Scriptures and demonstrating a true interest in Christ through the gospel at an early age. He began attending meetings of a Puritan congregation that met in the home of William Brewster in a nearby town. At age sixteen, Bradford became a full member of the church. Then, at age seventeen, owing to persecution, he fled his homeland with his beloved congregation to the Netherlands. Several from this Puritan church, including William Bradford, would later leave Holland and head to the New World, becoming the first “Pilgrims” to land on American soil. His personal, eye-witness record, along with letters and journal entries, regarding the events that led to the first Puritan settlement in America were compiled into a book entitled, Of Plymouth Plantation. It will be from this record that Bradford guides our steps… Read the complete article at our ReformationStewards.com site.