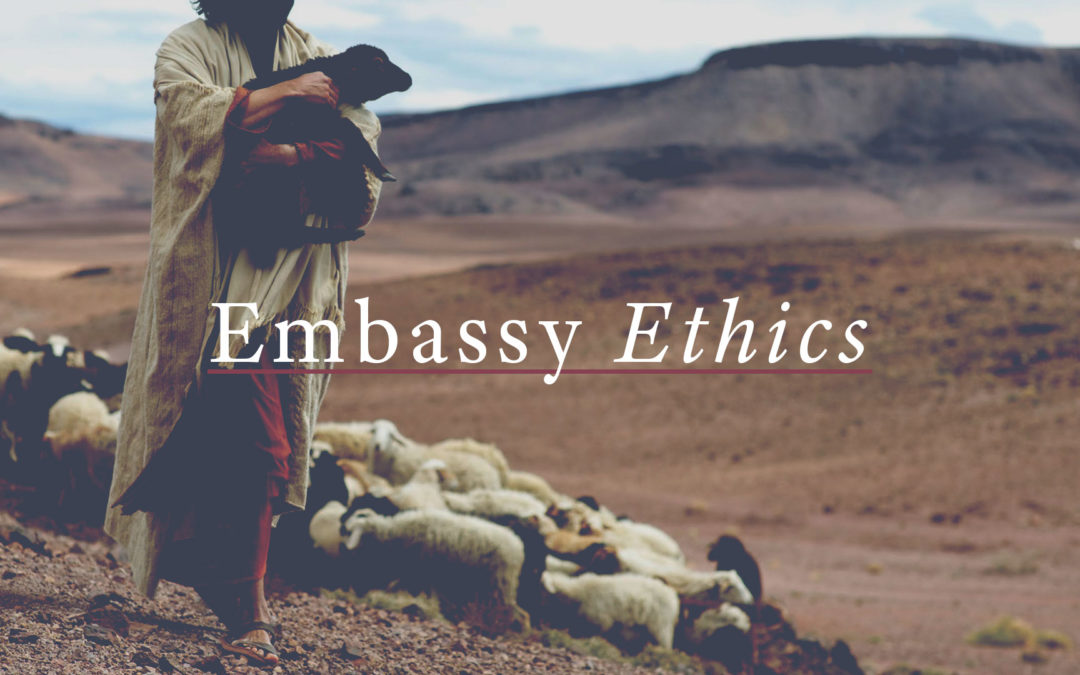 The King has announced the unexpected: He will be murdered. He has also revealed that His demise is not in the least owing to any lack of authority, power, or majesty. He will be crucified, but this will be a fulfillment not a failure of His own mission. The One of majestic transfiguration glory is the One who willfully goes to a cross. Most will not see His glory in this likeness. The people of earth live in a valley of veils. With these dynamics in mind, Jesus now turns concentrated attention to training His twelve disciples. They will constitute the beginnings of His kingdom’s embassy on earth. An embassy is a body of ambassador-representatives. It functions as an official mission of foreign diplomacy headed by an ambassador. Christ is the only official authorized representative of heaven. He is heaven’s ambassador; we—the church—are His embassy. This fourth major discourse in Matthew features Jesus specifically preparing His disciples for continuance in His absence. He focuses on the moral priorities and obligations of the community that will represent Him. The ethics that are to be lived out in His embassy on earth are emphatically interpersonal. He stresses the importance of genuine spiritual greatness known in and through relationships transformed by Him and reflecting His likeness. In this section, Jesus teaches a series of powerful lessons that are ever relevant to His church on earth.

It begins with Christ and Him crucified (17:22-23). He is the Son of God (17:24-27) through whom we become humble children of God (18:1-4), and His children are precious to Him (18:5-6). Sin, not death, is the greatest danger that God’s children face; He does not look lightly upon temptation (18:7-9). His children are to live in His likeness. Together they constitute His church, His embassy on earth, which is pictured as a flock of sheep. If any in the church go astray, the heart of their Shepherd seeks them out to bring them back (18:10-14). With hearts in His likeness, we—His humble children—are to be eager for restoration when conflict between us arises. Our ethics must reflect His likeness. His church cannot harbor sin. Yet, where there is repentance there is to be forgiveness. The repulsion of sin and the attraction of repentance should mark the church. The King’s embassy is to reflect His righteousness, both in His pure hatred against sin and His deep love in forgiveness (18:15-20). His people are the definitive representatives of God’s mercy and forgiveness. And forgiveness, not justice, will be the hardest to give (18:21-35). The theme of forgiveness concludes this series, punctuating the power of its beginning: Christ and Him crucified (17:22-23). Far from minimizing sin, His church makes much of Him who alone makes forgiveness possible.

May we as Christ’s church be renewed in the basics of our commission, to live as His embassy on earth—representing Him in every aspect of life for the promotion of His glory and the joy of the nations.