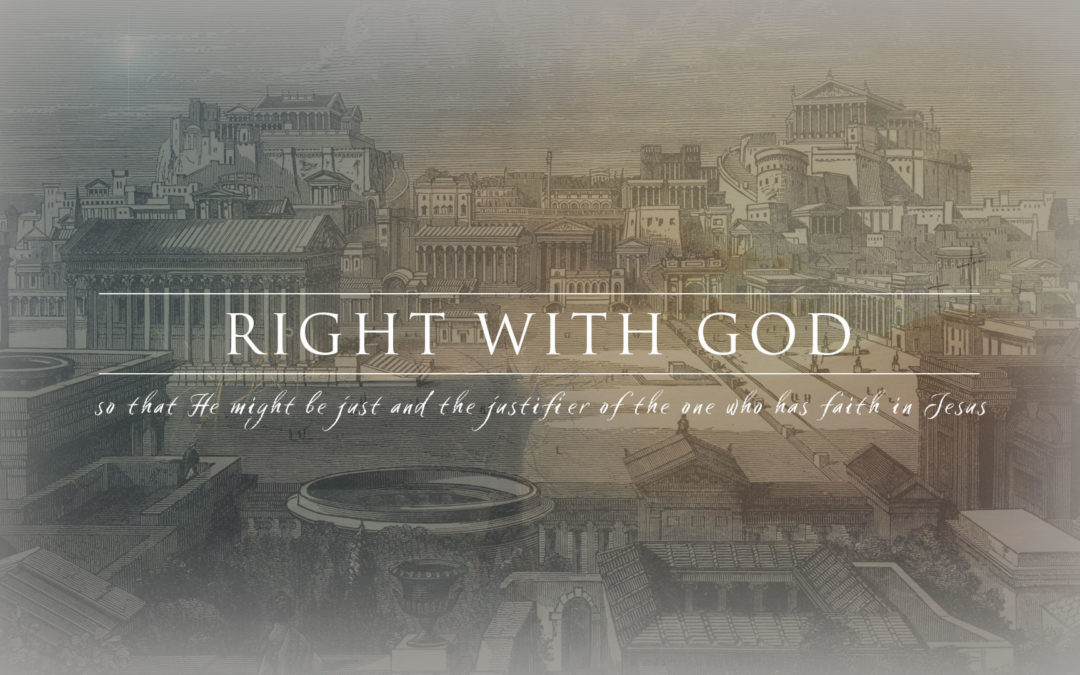 In the first chapter of Romans, Paul announced that he is unashamed of the gospel for two fundamental and inseparable reasons. First, “it is the power of God for salvation to everyone who believes” (Romans 1:16). Second, “in it the righteousness of God is revealed” (Romans 1:17). But neither of these have been explained thus far. Instead, a sobering and intense indictment spanning no less than two chapters has been thoroughly charged against the whole of humanity, in breadth and depth. Everyone, everywhere, without exception, are really and radically corrupt and culpable before God. Thus, all that we have heard since the announcement of the gospel is that “the wrath of God is revealed from heaven against all ungodliness and unrighteousness of men” (Romans 1:18).

Iustitia Dei—the justice or righteousness of God—has been the theme. God is righteous and therefore He justly punishes all unrighteousness. The righteousness of God logically signifies condemnation, not salvation. Precisely this issue is what struck terror in the soul of Martin Luther. In deep desperation, he cried out, “O righteous God, how can I be right with Thee?!” Later, he confessed,

I had indeed been captivated with an extraordinary ardor for understanding Paul in the Epistle to the Romans. But up till then it was not the cold blood about the heart, but a single word in Chapter 1[:17], “In it the righteousness of God is revealed,” that had stood in my way. For I hated that word “righteousness of God,” which, according to the use and custom of all the teachers, I had been taught to understand philosophically regarding the formal or active righteousness, as they called it, with which God is righteous and punishes the unrighteous sinner.

The words, “But now,” in Romans 3:21 sound the explanatory pivot and redemptive-historical hinge. Upon this turn, the doors of the gospel of salvation swing wide open and an unforeseen glory of God is beheld in the face of Christ. The “righteousness of God” is vindicated and the unrighteous who believe are freely justified or declared right with God. This glorious grace is revealed and availed in Christ alone, who is the only acceptable (righteous) substitutionary sacrifice given by God on behalf of unrighteous sinners. Only by a righteous substitute can the justice of God be satisfied on behalf of the unrighteous. And only by faith can this glorious gift be appropriated to the undeserving.

After coming to an understanding of the context of Romans, Martin Luther then cried out in different tones, “I extolled my sweetest word with a love as great as the hatred with which I had before hated the word ‘righteousness of God’. Thus that place in Paul was for me truly the gate to paradise.” The question that was killing him—“O righteous God, how can I be right with Thee?”—was answered: by grace alone, through faith alone, in Christ alone. This is exactly what Romans 3:21–4:25 labors to unveil. Here, and only here, can a sinner be set right with God.