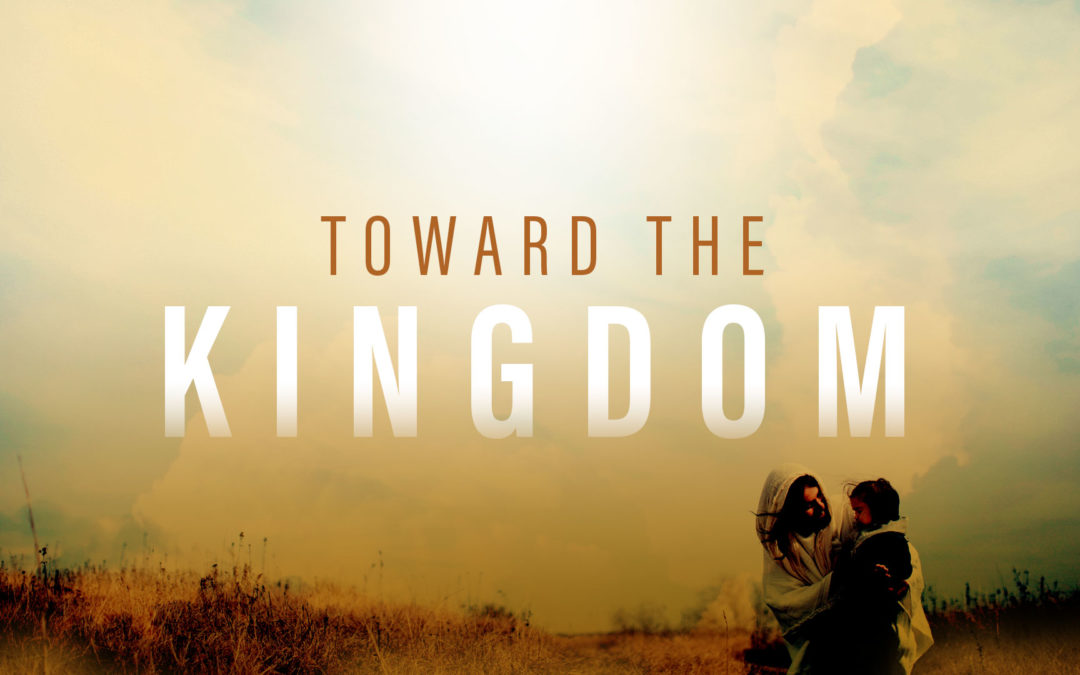 A definitive departure marks the beginning of the end. Jesus leaves Galilee. He will not return until He is crucified and risen. At this turn, geography hints at theology. Jesus is leading His disciples to the Holy City, the capital of the kingdom. Matthew records the journey as though deliberately capturing a motif in Jesus’ ministry along the way. An overarching theme emerges: The King is leading them toward the kingdom.

On one level, they assume that Jesus may setup His kingdom before their journey is over (24:1-3). But they painfully fail to discern the necessity of the cross. On another level, as Jesus approaches His cross, He is most radically reorienting them toward His kingdom. On their way to Jerusalem, Jesus systematically unravels conventional thinking, values, and priorities, reorienting His disciples to a new center and paradigm. Their life must orbit the Christ—He embodies and is the way to the kingdom. They must learn to live a Christ-centered, kingdom-ward life.

The journey and its corresponding series of recorded teachings makeup chapters nineteen and twenty. The whole unit may be divided into two subsections: (a) The Satisfying Self (19:1–20:16) and (b) The Suffering Servant (20:17-34).

Living toward the kingdom is both fundamental and pervasive. Jesus is effectively drawing out the contrast between setting the mind on the things of man and the things of God (16:23). What is presupposed in the kingdoms of the world, “shall not be so among you” (20:26). Such a life is revolutionary in the most radical sense. Nothing is left untouched by the kingdom paradigm. Family and social life take on a renewed and future looking design. Jesus presents His paradigm of marriage (19:1-9), singleness (19:10-12), and children (19:13-15) as orientated toward the kingdom. He then draws attention to the fact that the way of the kingdom is not paved by earthly success, status, prosperity, or wealth (19:16-26). Nor is the kingdom gained as a reward for sacrifice (19:27-30) or as a reward for work (20:1-16). These are the self-ambitious ways of the world—they are not the way of the kingdom. Here, Jesus redirects His disciples away from the satisfying self and toward the kingdom.

(Matthew 20:17-34)
The satisfying self is immediately and directly contrasted with the Suffering Servant (20:17-19). The pride of a self-seeking life is all the more repugnant when placed next to the portrait of the Suffering Servant. Jesus embodies a kingdom-ward life, deep in self-sacrificial humility, suffering, and service. But He enables a kingdom-ward life not by mere teaching or example, but through the atoning sacrifice of Himself on the cross (20:17-19). He is unveiling more of His glorious person and plan. In no uncertain terms, He is drawing the connection between His identity as the promised Messiah and Suffering Servant, who redeems His people from their sin (1:21). In this context, He shows that a life lived toward the kingdom is often a life of suffering, not status (20:20-24), and involves serving, not subduing others (20:25-28). If only more had eyes to see the true identity of this Jesus (20:29-34)—the Suffering Servant is the humble King of kings (21:5). Here again, Jesus calls His disciples to live in the likeness of His character through His cross.