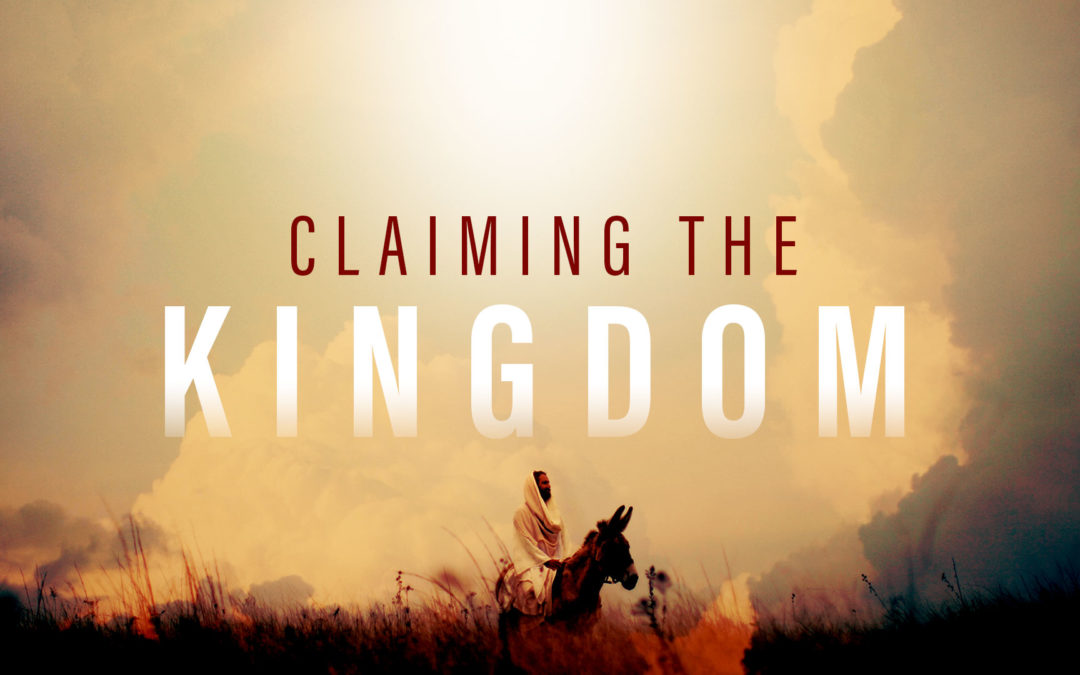 The Coming and the Crisis

The fullness of time had come. None could have known the immeasurable magnitude of the events that would now unfold. They are immense and intolerable to human instinct. The hosts of heaven studied every step with searching eyes while the sons of earth stumbled about darkly. We are fast approaching something far too wonderful for us. The events encompassed in these passages are not only crucial in preparing us for the cross, they are vital in revealing to us the Christ.

The pathway of paradox has arrived at its final arena. An infinite condescension. A lifetime of humiliation. Three years of meek ministry. These culminate to present Jesus as the Christ in the capital city of His kingdom at Passover. Every element in these scenes is significant.

The long-awaited King has come to claim His kingdom. This is the theme of the section. Jesus publicly presents Himself in a distinctly different phase of His mission. He who once concealed His identity as the Christ will now openly claim it. Far from being patiently passive, Jesus now publicly denounces and curses Israel’s hypocrisy and apostasy. The King confronts the stewards of His kingdom to claim it back.

But the coming of this King and the means of reclaiming His kingdom was not as anyone expected. Providence stages a twofold revelation of the Christ—the coming and the crisis.

Oxford defines a crisis as a vitally important or decisive stage in the progress of something. It can denote a turning-point or “a state of affairs in which a decisive change for better or worse is imminent.” This aptly describes the events represented in Matthew 21–23.

All is cast in the dreadful shadow of the cross. So the deep significance of Passover is not an incidental prop on the scene. Only by suffering a substitutionary death—like a Passover lamb—will the King ransom many for the kingdom. Behind everything that Jesus says and does there is evidently a profound consciousness of Calvary. He has hinted several times by this point, but this section marks a distinct change of course.

Over one quarter of Matthew’s inspired biography of Jesus is devoted to the last week of His earthly mission. Its importance can scarcely be overstated. It is the most revealing and redefining week in history. This series covers the majority of that week.

The scenes are deliberately dramatic. Irony lights the stage as substance sometimes hides in the shadows. Parts are played and masks are worn, but Jesus has come to reveal and expose. In this drama, the observer must remember that reality may be opposite of appearance.

The subsections of Matthew’s account of this week are well ordered. All centers on Christ. His actions, analogies, answers, and arraignments direct the narrative. In the background the Passover, the temple, and the leaders of Israel are prominently featured. Four progressive subsections, each including three notable facets, will move us along in the demonstration of Jesus’ redemptive reclamation.

Three Portends (21:1-27) — These portends are actions that prove to be quite symbolic. They signal and signify realities that are deeply meaningful to the whole drama of Jesus’ culminating coming. They fulfill prophecies and testify that Jesus is the Christ. They also prefigure and foreshadow profound events yet to come.

Three Ploys (Matthew 22:15-46) — The religious authorities feel threatened by Jesus (21:45-46). So they come at Him in a series of three ploys—strategies, tricks, or schemes—to entangle Him. A wide coalition of adversaries (“the Pharisees and Herodians,” “the Sadducees,” and “a lawyer”) attempt to discredit Jesus’ claims.

The “crisis” does not victimize the Christ. Jesus is in control. Paradoxically it is all part of God’s plan (Acts 2:22-23)—motivated and manifesting mysterious and marvelous mercy (Romans 11:30-36). Men responsible for their actions act in concert with divine sovereignty (Luke 22:22). Providence was conspiring (Acts 4:26-28). Men planned their ways, but the Lord was directing their steps.

All these events are purposed to provoke people to think more carefully about Jesus’ claims. They are calculated to humble our proud hearts, reprove our propensity to judge by appearances, inspire us to trust in the written word and character of God, prompt us to examine ourselves, and call us to wholeheartedly bow to Jesus as King.

The King has come. His will shall be done. His kingdom will have no end.