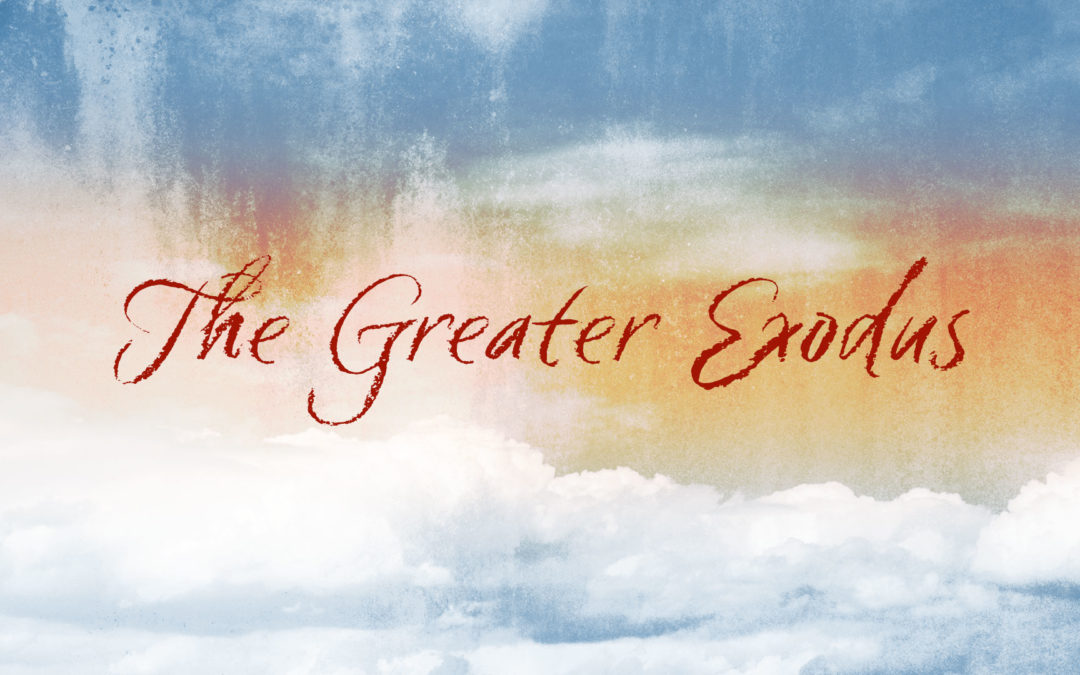 Holy Week commemorates events most sacred in all history. These mark the days of the Greater Exodus—the greatest act of divine deliverance of all time. These are the days that change eternity, and our every day until then.

Our setting is sin. Sin kills—most often slowly. Torturously it ruins the whole of one’s being from within. It is the supreme dehumanizer. And it often operates by slow and undetectable means. Once yielded to sin, one becomes its slave (John 8:34). Slavery is, in part, sin’s penalty. And it is a cruel taskmaster. In sin, the human being is separated from God and held captive by a principle of desire to pursue the way of death. Indeed, the inevitable issue of sin is death. And sin committed cannot be undone. It results in guilt. No sorrow and no promise of improvement can reverse sin’s tragedy. This is our story. We are naturally enslaved under the terrible tyrant of sin. The only hope for sin’s slaves is a mighty and miraculous exodus.

To be continued at “The Greater Exodus – Part 2” (read more…)